Sometimes it feels like you need to be a fortune teller to accurately assess where a supply and demand market is going. However, there are fundamental economic data points that everyone has access to and can understand, and there are also market sentiments that are more specific to an industry which help in assessments. One of the keys to managing swings in the market is communicating with logistics partners to not only understand the market from their perspective, but to also talk about what shippers are seeing and how it’s affecting their business. Let’s take a look at some recent economic data within the transportation market to get a better feel for where things are going.

The Morgan Stanley Indexes are published multiple times per year and is intended to show the incremental demand of the different modes of capacity. In this example the dry van capacity index, which compares year-over-year readings; essentially growth in capacity demand. One of the most important factors in interpreting this chart is the comparison it makes to other years, and thus the demand component. One of the best ways to gauge what is going on in the market is to understand how it compares to previous markets, and when it does compare, what was that market like? What connections can we draw to what the attributes of that market was and how were the following months after that period of time, both by the data and anecdotally in that market?

So how do things look now? Well…not great. Looking at the start of the year (in red), it is on par with the way 2010 and 2012 started from a demand perspective. So how did those years go? Neither year took the same path, but both had growth in Q1 and Q2 (’10 better than ’12) and then saw a significant cooling off in the second half of the year from overall demand perspective. In the end, what we can really get from this is that we are going to continue to see softness in the market, there is a good amount of extra capacity in the market, and the future of our year is relatively uncertain as to the exact path of capacity demand, but it looks to continue to be weak.

The Institute for Supply Management’s (ISM) Purchasing Managers Index (PMI) is another indicator for the state of the supply and demand market. Manufacturing health is seen as a key fundamental of the transportation economy and a good indication of the strength of our economy overall. The ISM index measures the growth of manufacturing activity at current in the U.S. market. The red line on the graph is the break-even line between growth and contraction of manufacturing in the market. The green sections are the periods where the economy was in a recession. As you can see from the graph, since we have come out of the recession in 2009, things have been growing pretty well on the manufacturing side, with some real bright spots and a few somewhat rough patches. For the most part, manufacturing had been the shining star of the recovery until the past six to eight months when things began to tail off. There are some reasons for this that related to broader economic factors – like the value of the dollar and its effect on exports, and domestic oil production – but the majority of the issues really relate to domestic U.S. demand for industrial products.

What does this mean for supply and demand in transportation? Manufacturing is a large driver of tonnage shipped in the U.S. and much of the slowdown in demand for capacity overall can be attributed to this. This will be an index to watch very closely over the next couple of months as we get into the heavy part of industrial production season (new housing, cars, etc.) to see if we rebound into growth territory in the coming months, or if we continue to languish where we are now. If manufacturing continues to stay weak, volumes and tonnage shipped will most likely continue to be flat or slide. That lack of growth in volume will put increasing downward pricing pressure on the market, as shippers will expect greater price concessions and carriers will do what is necessary price-wise to retain business.

Very little has gotten more publicity in the financial world in the past 12 months than the decline of the value of a barrel of oil and its resulting effect on the cost of fuel across modes. Without spending too much time retracing the past 18 months, its important to keep in mind a few details that relate to how we have gotten to these oil prices:

Because the price of a barrel of oil almost directly correlates to the price of fuel, the price for a gallon of diesel has dropped to levels not seen in almost a decade. One thing is for certain; many budgets over the past 18 months enjoyed the benefit of the price of fuel coming down. While there are many things here that are beneficial for carriers and shippers alike, massive changes in fuel can have an effect on supply and demand markets. One of the most common issues is the carrier’s ability to deal with the fluctuation in total revenue. To put it into perspective, fuel surcharge (FSC) as a percent of total overall carrier revenue has dropped by more than 10% in the past 18 months. While fuel surcharge has always been intended as a “pass through” charge from carriers, the truth of the matter is they have come to expect FSC at a certain level and part of it has become part of the rate shippers are being charged. This can make it hard for carriers to accept the total overall reduced rate on certain lanes, and force them to either ask for a rate increase, or walk from the business. Another aspect of the supply chain that has been affected by the reduction in FSC is the intermodal market. Over the years intermodal has grown substantially around the U.S. Much of that growth has related to the total price for over-the-road (OTR) transportation increasing while the major rail lines worked to build out their infrastructure to handle more containers on the same trains and track. When looking back at the past decade, the peak of intermodal adoption based on economic fundamentals had a shipment of 700 miles or so making sense to convert over to rail. As fuel has come down to current levels, and by proxy gross OTR rates, that average length of haul is going up because of a lack of competitiveness.

Our domestic supply chain is a fast paced world full of constant change. Understanding market dynamics as well as your role in that market is a key to staying relevant for your partners. The better-educated one is about what is going on in the market, the more appropriately you move in step with the market, and stay relevant with your logistics partners. This year is going to be challenging and it will be important to stay connected to the pulse of the market to continue the process of fortune telling for your business. While there may be capacity headwinds coming in 2017 with the electronic logging device (ELD) mandate, there is quite a bit of year left in 2016 to be figured out. 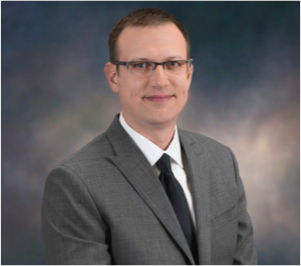 Joining NFI in 2012, David is in charge of NFI’s U.S. Brokerage, Transportation Management, and Drayage businesses. David is leading this rapidly expanding division by offering a more robust suite of services to new and existing NFI clients.