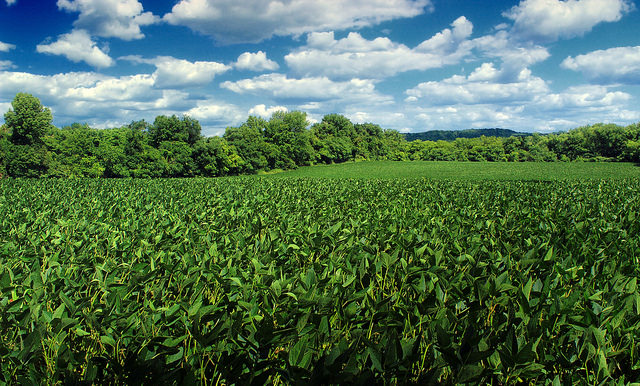 Good things come in small packages. Even though it is the fourth smallest state, New Jersey is packed with an immense amount of opportunity for supply chains. The garden state is home to nearly nine million people and has the highest population density in the country. This means that each square mile has 13 times the amount of people living in it than the national average1.

New Jersey is also home to 19 Fortune 500 companies2. These companies reap all the benefits that this diverse state has to offer from tax benefits to proximity to the 130 million consumers that are just a day’s drive away3. If you talk to some New Jersey residents they’ll be quick to tell you what “part” of New Jersey they are from. There are three unofficial sections; north, central, and south and each have attractive qualities for businesses looking to expand into the area.

The adjacency to New York makes Northern New Jersey a diverse area. It is in close proximity to both the Port of New Jersey and the Port of New York which provides many companies with less expensive drayage operations. Companies in the area can take advantage of two major international airports, Newark and JFK, to ship cargo. Industries like consumer packaged goods, retail, and pharmaceutical have a presence in the area. Whether it’s their corporate headquarters or distribution centers, these companies have the proximity to markets but pay less in real estate costs in comparison to those in New York City. The area itself has a mature infrastructure with the ability to reach many major markets in a minimum amount of time. The New Jersey Turnpike was recently expanded to accommodate more traffic and make it easier for companies to reach the rest of New Jersey and beyond.

Central New Jersey is known for being the perfect medium between Philadelphia and New York City. The area has an abundance of modern distribution facilities that serves as a hub to access consumers in the north east. The tradeoff for distributing out of Central New Jersey over Northern New Jersey is they will pay more in transportation costs to and from the ports but they’ll make up for that in reduced real estate cost. The area is so diverse that any type of company can easily assimilate into the area. There is also an abundance of skilled labor that makes operations move efficiently. Aside from major highways, the area is also equipped with freight lines to easily move goods through that mode as well.

Southern New Jersey is known for its more rural environment and Philadelphia-inspired culture. The area reflects why New Jersey is deemed the Garden State with produce-packed farms and pine barren parks. The infrastructure was developed around the farming and glass industry and although only remnants of the glass industry still exist, the agriculture continues to flourish. The south has the road infrastructure to support movement through the state and beyond, as well as easy access to the Port of Philadelphia, Port of Chester, and Port of Wilmington. Philadelphia airport is also easily accessible if air cargo services are needed to enhance your supply chain. The real estate cost is more affordable than in the northern and central parts of the state and there isn’t the same population density that exists in the northern areas so traffic conditions are quite different. The cost of transportation to the New York areas is off-set by the low real estate costs.

New Jersey may have the best of both worlds; a state lined with shore and major cities. It offers its residents and businesses the perfect medium with its distinct sections that are equipped to meet all of your distribution and transportation needs.  Whether it’s north, central, or south, companies can usually find what they are looking for in a new distribution location in the 7,400 square miles of New Jersey.