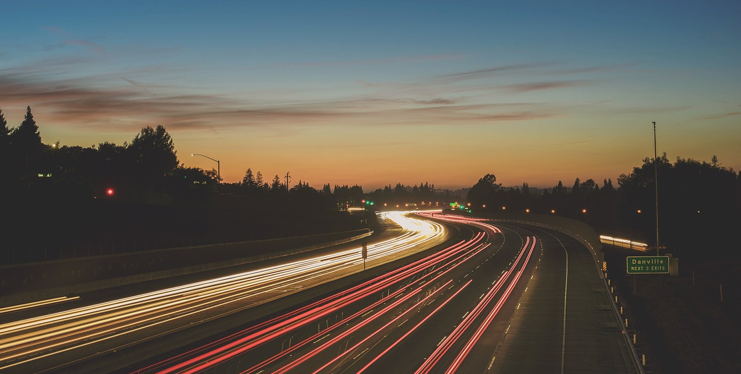 2018 was one of the more tumultuous years in recent memory for the transportation marketplace. There were a multitude of factors that came together to propel the market forward to double digit overall price increases to the market. While some of those have settled into a degree of normalcy, such as electronic logging devices (ELDs), others are still weighing on the overall marketplace in a way that doesn’t look to be going away soon, like the driver shortage.

As we enter 2019, there is great optimism that our “yo-yo-ing” supply and demand driven marketplace has reached a degree of equilibrium that many can be much more confident in predicting than was possible in 2018. Much of that confidence comes from to the overall strength and momentum of the economy and the current state of the supply of capacity in the market. There are tailwinds and headwinds to each of these foundational aspects of our marketplace, and their balance (or lack thereof) will be felt far and wide whichever way they move in the coming year.

The economy continues to hum along on the back of the consumer and manufacturing. With a projected average growth rate of 3.3 percent in 2018,1 the gross domestic project (GDP) growth we have seen is the best it has been since 2013. There a few tailwinds that will propel us into 2019 and a few headwinds that may hold us back.

Tailwinds: The 2019 economy is not currently projecting a major deceleration of that momentum based on the current fundamentals surround consumer spending, domestic business investment, and overall trade growth. Business sentiment overall is strong, with many employers feeling that 2019 has the ability to be as strong as 2018 from an economic growth perspective. That sentiment will go a long way towards propelling growth for the near term as confidence is a major factor in economic growth. Moreover, now that we have a trade deal done with Canada and Mexico, the looming threat of a trade war with two of our largest trading partners is behind us. This will allow us to get back to the consistent near shorting activities the last five years of investment in North America is bringing.

Headwinds: The labor market is tight. Our economy has seen sub four percent unemployment numbers for a majority of the year,2 which is starting to drive wage growth over and above the growth of the economy. More importantly, the number of “disenfranchised” workers and “fully employed” workers haven’t been higher in four decades, which is a big part of what is driving the larger issue – the cost of labor overall. This high cost of labor relative to overall business growth is beginning to creep into business in the form of inflationary pressure and will force overall costs of goods sold to consumers to go up in order to absorb these higher costs.  For us in the logistics world, this is being felt directly as the number of trained logistics employees in the overall market cannot meet the demand arising from this rapidly growing space.

Unknown: One of the key driving factors in this year’s economic growth is correlated to a one-year tax advantage for businesses that allows them to fully depreciate a capital expenditure in the calendar year 2018. This has been a propellant for the overall economy and will come to an end as we close the year. It is unknown how much of a tailwind this tax stimulus has provided for business investment in 2018, but it is certainly something worth paying attention to in early in 2019 as it could be a drag on major capital expenditures like equipment, machinery, etc. and lead to a less than stellar Q1 or first half of the year.

2018’s capacity environment was fraught with peril through the first half of the year but has settled into a much steadier and more consistent place over the past three months. Heading into 2019, there a few headwinds and tailwinds to be on the lookout for.

Tailwinds: Many in the market (both shippers and carriers) have accepted that the base rates in the market have risen and needs to be accepted in order to achieve a balanced network of contracted freight acceptance and thereby consistent projectable supply chain costs. While that number is different for every shipper, some have seen as much as 15 percent rate increases overall in their supply chain as they enter 2019. That said, those shippers that have chosen to accept those higher costs are seeing routing guide acceptance rise back to acceptable levels, which is reducing the overall spot market freight and the associated high costs (25-30 percent increase) relative to the market. The sentiment overall is that many understand that the cost of operating a truck – and all its fundamental components – have risen to the point where the current pricing is necessary for the asset operators to remain fungible.

Another aspect that will continue to maintain a relatively level supply and demand marketplace is the value that ELDs are starting to bring to the small-medium carriers that have adopted them in step with April’s requirement. While it is not known what the true effect overall is of the ELD requirement, good or bad, there are some that are starting to see efficiency in the way they are able to manage driver hours and hold shippers accountable for the actual total time it takes to move their freight. This continued adaptation to these devices portends that there could be additional capacity development from the continued focus on efficiency and good business practices for both shippers and carriers, which would help to accommodate future tonnage growth and its associated demand.

Headwinds: The driver shortage. Regardless of the optimistic feeling overall in the current market related to the supply of capacity, the overall projection of our future driver demand is still a major challenge to the supply and demand dynamics that drive our marketplace. With a relative balance of that demand as it stands today combined with the aging driver populace and no near release valve in sight connected to autonomous units, there is still a massive future need for drivers. Couple that with the overall pay to drivers in the market still lagging the general average pay rate inflation over the last 20 years, and there are still hurdles to clear in for driver pay to return to a normal/predictable annual wage growth model.

Additionally, carriers are still seeing rising costs in other aspects of the operation of their equipment that will continue to underpin the need for base rate growth overall. An example inflationary factor is insurance for carriers and its stratospheric rising costs. The combination of multiple major insurers leaving the carrier insurance marketplace and the continue rising costs of “nuclear verdicts” related to accidental deaths in motor vehicle accidents are propelling 10 – 30 percent growth in insurance expense year-over-year – depending on the carrier’s insurability and size. This along with other expenses related to the cost of tractors and the demand for more trailing equipment are pushing an already capital-intensive business to new levels of overall expense per mile as a part of the total cost of operation.

Unknown: The changing dynamic of supply chain logistics in North America will continue to be re-defined in 2019. As consumers get more accustomed to same-day and next-day, every major retailer is trying to figure out how to get their product closer to the customer without duplicating their inventory by 10 or 20 times. As shippers continue to work out the fulfillment model that is needed to provide this high level of transparency and service, the changing supply chain network dynamics will be in flux and will demand adaptability from carriers and 3PL’s alike. It is not known how this will truly manifest itself as it settle’s in to a relative degree of predictability, but is something to watch out for with respect to the supply and demand of our world as it could cause unforeseen disruptions in pockets around certain core aspects of the domestic supply chain.

In all, 2019 is shaping up to be an interesting year in supply chain logistics. We are headed into the year with a full head of economic steam, with carriers and shippers in relative agreement on the overall cost to operate in the market, and an industry that is working to understand how it must continue to adapt to the consumer. As the year unfolds and some of the realities of trade wars and its relative economic momentum settle, the momentum of the supply and demand marketplace we live in will shift in step with either the headwinds or those tailwinds. We live in a world with more information at our fingertips than ever before, and we will all need to be attuned to that in order to ensure we keep up with the market.

Joining NFI in 2012, David is in charge of NFI’s North American brokerage, transportation management, intermodal, and drayage businesses. David is leading this rapidly expanding division by offering a more robust suite of services to new and existing NFI clients.